On Sunday 3rd July the SYO Junior team travelled by coach to the YBT final at Wormley Woods in Hertfordshire. More than 30 juniors ran on behalf of SYO, more than any other club! 13 English clubs competed in the competition with BOK topping the leader board on 874 points. Our noticeably young team performed incredibly well to finish in 6th place with a score of 848, only 3 points behind 4th placed Devon - last year's winners.

Well done to everyone who took part, but particular congratulations to those whose scores counted to the final result:

Next year's final is on Sunday 2nd July in Alnwick, Northumberland. Put the date in your diaries....... 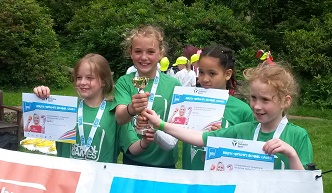 216 pupils aged 7-11 from 28 schools across Barnsley, Doncaster, Rotherham and Sheffield, took to the scenic fields of Canon Hall Country Park to compete in the South Yorkshire School Games, Orienteering Finals. South Yorkshire Orienteers' Colin Best organised the finals in conjunction with South Yorkshire Sport to support and promote orienteering in the region.

It was wonderful to see so many of our regular schools' league competitors and club members qualifying with their school teams for the finals. The standard of orienteering was excellent, which is testament to the success of the Sheffield Schools' League in developing the sport of orienteering.

In the year 3/4 girls compeition, club members Ciara Keen and Freya Tryner were part of the winning team. Meanwhile, the year 5/6 boys competition was a very close fought affair. SYO's Daniel Hill played an integral part in leading Totley All Saints to a win, narrowly beating Hunters Bar in 2nd (Euan Tryner & Conrad Reuber - both SYO and classmate,Eddie Hall) and Nether Green, who were helped into 3rd place by SYO's Jamie Lightfoot. 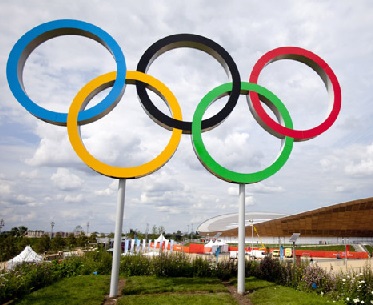 Olympic Rings at the Olympic Park

There were fantastic performances again from SYO at the British Sprints and Middles last weekend. 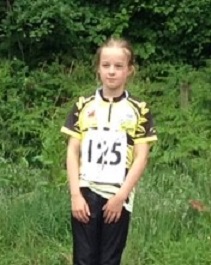 Timble Ings near Harrogate was the venue for the Northern heat of the Compass Sport Cup competition held on Saturday 4th June. SYO won convincingly, qualifying for the final which will be held at Tankersley, Sheffield on Sunday 16th October 2016.

On Saturday 15th May SYO hosted the Yorkshire heat of the Yvette Baker Trophy at Sandall Beat. The YBT is an inter-club competition for juniors named after Britain’s first orienteering world champion. Doncaster Racecourse provided an excellent base and the wood was gloriously runnable, producing some very fast times. 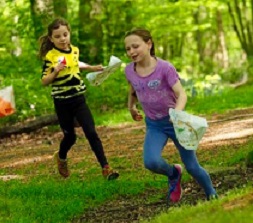 SYO fielded a huge team of 43 juniors ranging in age from 7 to 18. They all competed brilliantly, resulting in a resounding victory for SYO over EPOC, AIRE and HALO. Well done to everyone who took part but particularly those that scored in the SYO 1st team: 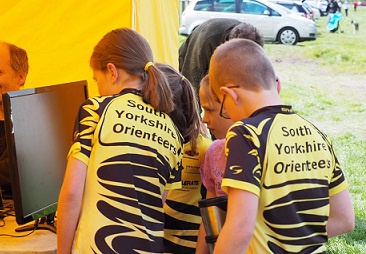 Many thanks to organiser, Lucy Wiegand; planner, Dean Field and controller Clive Wilson for delivering a fantastic event.

The final is on Sunday 3rd July in Hertfordshire.

The weekend of 30th April and Ist May saw a large number of SYO members travel to Brown Clee for the British Orienteering Championships. Brown Clee is both physically and technically challenging. It combines complex and rugged moorland with wooded hillsides. The woodland is predominantly mature and fast, whilst the moorland has intricate contour detail throughout with a profusion of depressions and pits.

A fantastic run for Kim Baxter saw her take the W21 Elite trophy. 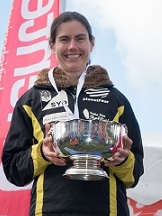 Sunday was the turn of the the relay event. SYO's Euan Tryner, Imogen Pieters and Jamie Lightfoot won the mini relay, completing the JK and British double. There were also silver medals for the W40 team (Jenny Peel, Pauline Tryner & Lucy Wiegand) and the M40 team (Al Buckley, Pete Tryner and Nick Barrable) and bronze for the M50 team (Tim Tett, Charlie Adams and Dave Peel). 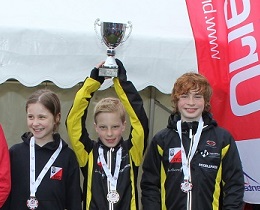 Trophy wins for SYO at the Yorkshire and Northern Champs 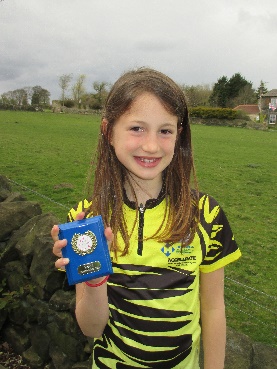 It is with great sadness that we heard about the sudden passing of Lee Scott.

Lee passed away last Saturday 9th April after a sudden illness caused by a brain tumour. Lee was in his first year as M50 and leaves a wife, Viv, and three teenage children.

Lee had orienteered since secondary school at Myers Grove, where he was encouraged to orienteer by Mike Giles, his Maths teacher. He became a regular attender at events organised by South Yorkshire Schools Orienteering Association whose key personnel included Mike and also Colin Best.

He had been a member of SYO for many years and his untimely death will come as a shock to many.  Our heartfelt condolences are extended to his wife and children.

His funeral will be held on Tuesday 26th April in Manchester. Please contact Pauline if you would like further details.

Yorkshire delivered a fantastic festival of orienteering to mark the 50th anniversary of the JK. The 4 days brought a great variety of terrain and widely varying weather conditions.  As the event was in our region, SYO were helping throughout the weekend.  A huge thank you to everyone who volunteered over the weekend.  A special mention must go to Lucy Wiegand and Peter Gorvett who managed the entries and enquiries team for the entire weekend and should be commended for their flexible and accommodating approach. Thanks must also go to Charlie Adams, who was assistant organiser at the relay and Louise Adams who coordinated the tasty YHOA junior squad cake stall – thanks also to those who provided cakes! 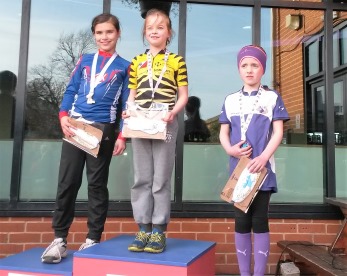 Saturday and Sunday were the two individual days, with the JK champions being decided by the combined times from both races.  Saturdays race was at Wass forest on the edge of the North York Moors.  Great runs by several club members put them in good positions going into day two with Imogen Pieters (W12A), Jaimie Buckley (W35L), Charlie Adams (M50L), Tim Tett (M55L) and Hilary Bloor (W60S) all leading their classes.

Sunday brought us to Kilnsey in the Yorkshire Dales; an area of lightning fast moorland with tricky areas of old quarrying.  A few club members were caught in a horrendous 20 minute hail / snowstorm whilst on their course which dropped them down the results.  Winners on the day were Euan Tryner (M12A), Tim Tett (M55L), Hilary Bloor (W60S) and Colin Best (M65S).

When the overall results were calculated Tim Tett won SYO’s only gold in M55 Long – a great victory! 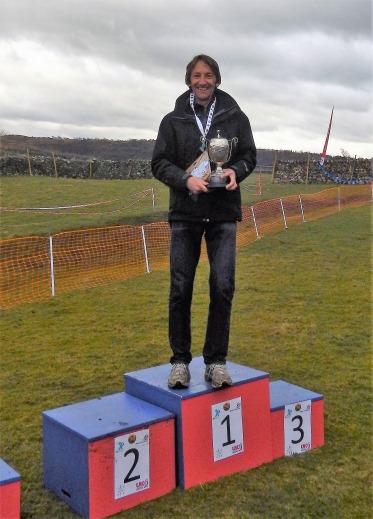 Congratulations also to Hilary Bloor who won W60 Short and to Clive Wilson and Colin Best, who were 2nd in M60S and M65S respectively.

On the Elite Courses there were good overall performances by Aidan Smith 10th  in his 1st year as a senior, Nic Barber 19th and 32nd Nick Barrable (running up from M40!).  The Elites had a middle race at Wass followed by a long at Kilnsey – at 20.1km with 645m of climb it is one of the longest courses ever run in the UK.  In the Women’s elite race Laura Goy ran well to finish in 12th position overall.

Monday was relay day at Storthes Hall near Huddersfield.  Snow on the drive up was ominous but the weather held for some good SYO performances.

The Mini Relay kicked it off; the Schools League has brought so many juniors into the club that we had 5 out of the 14 teams in the Mini Relay (M/W 12 and under).  Our top team of Jaimie Lightfoot, Imogen Pieters and Euan Tryner won the race and there were some great performances by all our runners in this class and in the Junior (40-) relay and Intermediate (48-) relay. For many it was their in their first taste of a big orienteering relay event. 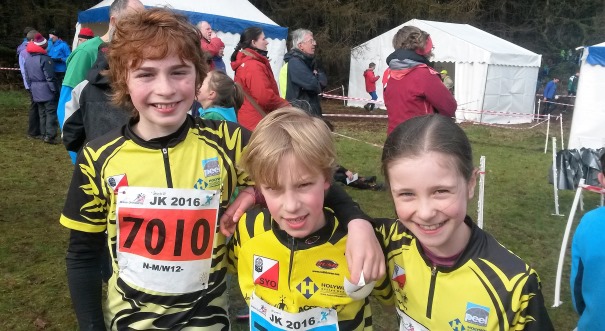 Our other podium place on the day went to our Senior Women’s team of Lucy Wiegand, Jenny Lightfoot and Jenny Peel who finished in 3rd.  The Senior Men’s team finished just off the podium in 4th.  Laura, Jenny and Rachael ran well to achieve 5th place in the Women’s Trophy with Tim, Pete G and Nick 5th in the Veteran Mens. 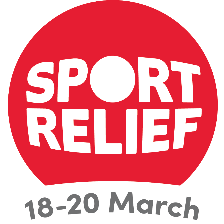 Despite a rather soggy and grey day, we had a great turnout at our Brodsworth event. A grand total of £434 was raised for Sports Relief. Many thanks to all those that turned up and donated and to the skeleton team of helpers. Particular thanks to organiser - Paul Bradbury, planner - Colin Drury, controller - Dave Peel and SI Manager - Tim Wiegand.