Sunday 1st July saw 10 teams from the best junior clubs in the country gather at Arrow Valley Country Park in Redditch for the final of the Yvette Baker Competition. SYO took a team of 56 runners (far more than any other club) by coach and a convoy of cars. Our aim - to retain the trophy for the 2nd year running!

Conditions were sweltering so we quickly set up a city of tents in the shade of some large trees and set to work with the facepainting and nail varnishing in our team colours. Then it was time for our first starters to make their way to the start and soon there was a steady stream of yellow and black heading out for their runs. Within no time at all our first finishers on the yellow course were back with some good times under their belts; followed by finishers on the orange and light green. It was a long wait though for finishers on green who had a greulling 6.4km, through grotty vegetation in 30 degrees heat! Eventually though all our runners had returned producing some excellent times across all the classes. 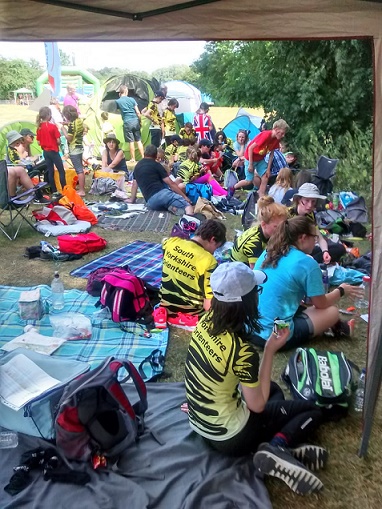 While the results were being calculated vast quantities of ice-cream were consumed and the older juniors chilled out in the shade listening to music, while the younger ones enjoyed the playground and bouncy castle. Finally it was time for the prize giving. There was an anxious wait as BOK were announced in 3rd place on 856 points, WCOC in 2nd on 868 points and then yes SYO in 1st place on 889 points - a fabulous win!

Well done to everyone who ran - everyone's results help to push down the scores of the other teams - but particular congratulations to our counters:

Thank you to Jacky for captaining the team so superbly and to all the parents supporters. Next year the final is on 7th July in Hatfield Forest near Bishop's Stortford. Please put the date in your diary! 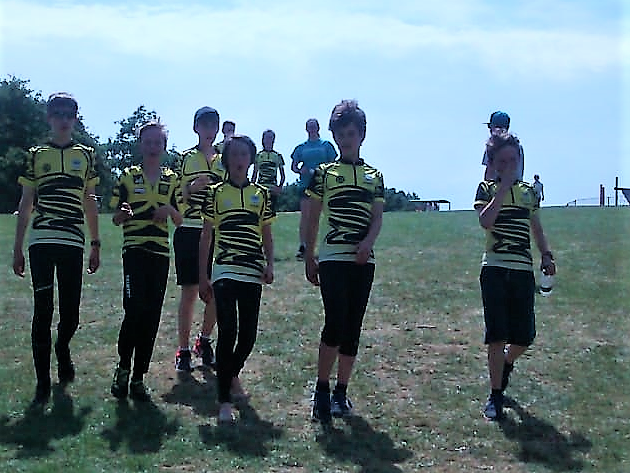 The Harvester overnight relay was held over the weekend of 23rd/24th June in Tilgate Forest near Gatwick Airport. Twelve dedicated members formed 2 teams - 1 in the A class and 1 in the B class. The A team, comprised of Martin, Amanda, Charlie A, Aislinn, Pete T, Lesley and Nick, ran superbly to lift the handicapped trophy and finish 2nd overall; while in the B class the all junior team of Louise, Dom, Max, Sam and Euan also performed incredibly well to lift the Junior trophy and win the class overall. 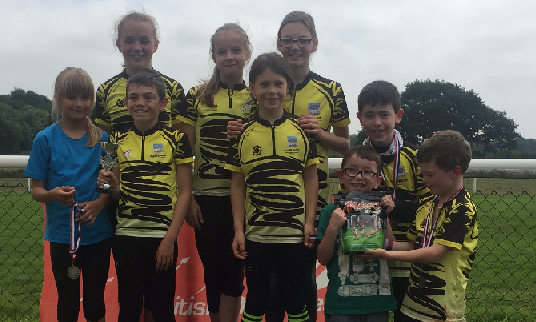 SYO hosted the Yorkshire Schools Champs on Sunday 10th June at Sandall beat. The grassy assembly area, adjacent parking, nearby start & finish and SYO refreshment stall all made for a lovely event. Participants also enjoyed the fast sprint style courses through the runnable woodland. Well done to all the SYO juniors who gained a podium place.

Hunters Bar Junior School won the primary prize, whilst the secondary competition was won by High Storrs. Many thanks to Amanda, Paul & Ian for putting on such a fabulous sunny event. 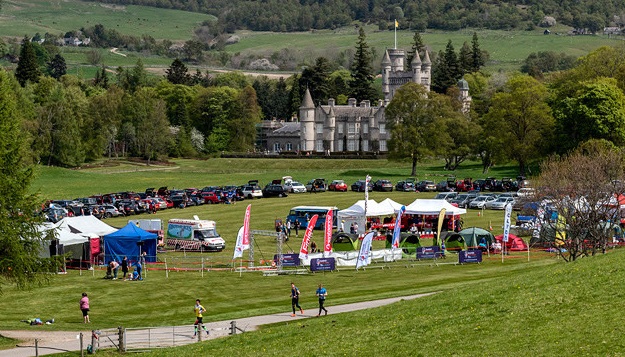 Over the weekend of 19th / 20th May many SYO members undertook the epic journey to Deeside to compete in the British Orienteering Championships. The British Long Championships were staged at Balmoral on the Saturday. Competitors were treated to a glorious sunny day in the stunning surroundings of Balmoral castle. The forest was beautiful - not a bramble in sight - and the courses superbly challenging. 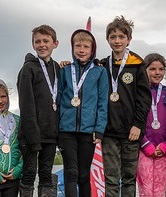 The Scots proved tough to beat in many classes so this made Dave (M50), Amanda (W45) and Freya 's (W12) victories especially noteworthy! There were also well-deserved silvers for Robbie (M10), Euan (M14), Martin (M50), Laura (W35) and Jenny (W50) and bronzes for Ella (W10) and Peter G (M70). A special mention must go to Conrad, Imogen, Sam C and Judy who all finished 4th, just missing out on a podium place and also Will who was 2nd on M10B. Sadly the prize giving wasn't held until after the relays which meant some people missed out on their presentations. 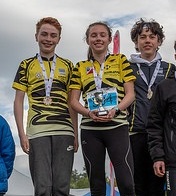 Sunday saw the turn of the relays on Torphantrick in grey rather overcast conditions but at least it wasn't raining (much!). The terrain and courses were interesting though it was a rather hard to work out how well teams were doing due to the very uneven gaffles.  There were plenty of SYO successes to celebrate including 4 relay class wins. Well done to Robbie, Oscar and Conrad (1st mini relay), Andy P, Pete T & Nick (1st M40), Martin, Tim & Dave (1st M50) and Ryan, Alex E and Jamie (1st junior ad-hoc). There were silvers for the W40 team (Amanda, Pauline & Jenny P) and the M14s (Sam C, Max and Euan). Finishing 4th and just missing out on medals were the women's open team (Mary, Laura & Kim) and the W14s (Freya, Alex C & Imogen). Well done to everyone who took part. Next year, BOC will be held in Yorkshire over the weekend of 4-6th May so hopefully there will be a very large SYO contingent competing. 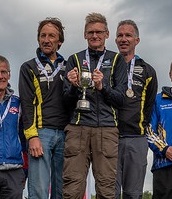 SYO sail through to the final of the Yvette Baker Trophy 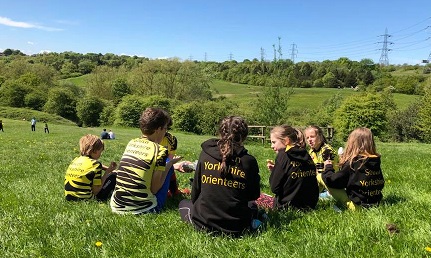 Sunday 13th May saw 58 SYO juniors and their families travel to the Yorkshire and Humberside heat of the Yvette Baker Trophy. The heat was hosted by EPOC who chose a fabulous venue in Oakwood Country Park. Aside from their courses, all the juniors enjoyed the free maze O, glorious sunshine, the chance to socialise and of course the very popular ice-cream van. 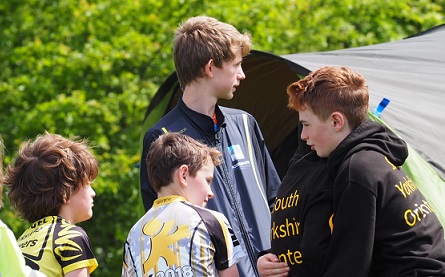 SYO had juniors competing across all the courses and on yellow we had an amazing 30 runners! Well done to all the juniors that took part - you all play an important part in pushing down the scores of other runners. Congratulations to the scorers:

Thank you to EPOC for organising a fabulous heat, the parents for getting all the juniors there and Jacky for doing a super job as team captain. The final is on 1st July in Redditch. Jacky will be sending out the preliminary information shortly..... 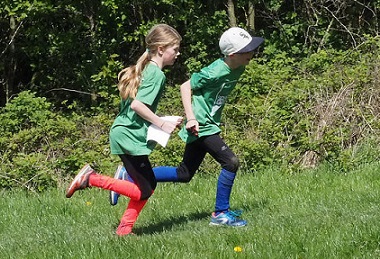 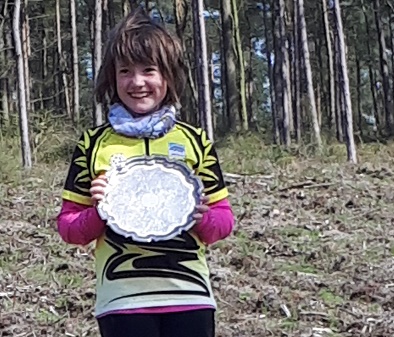 More than 90 members travelled to the West Midlands over Easter weekend to compete in this year's JK competition. Despite the severe weather conditions, SYO members performed out of their skins to produce 22 individual medallists and 6 team relay podium positions -  a truely fabulous club achievement! 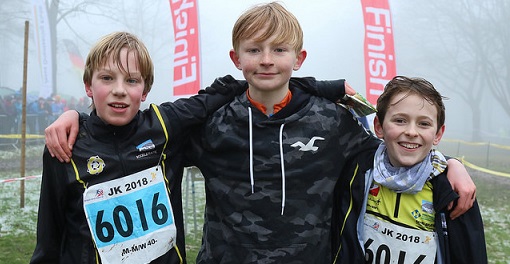 On Sunday the JK moved to Beaudesert for the classic distance and the 2nd day of the overall individual competition. Although the orienteering was not too technically demanding, the courses provided a significant physical challenge and keeping concentration to the very end was key to a good race. 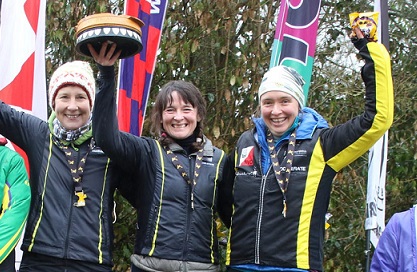 Monday saw a return to Beaudesert for the relays. The day dawned with the shock of snow which was particularly challenging for those travelling form Sheffield - well done to those that made it. The snow made the parking field unusable so there were long queues and on arrival at the arena competitors were faced with a quagmire! This didn't faze members of SYO though.... 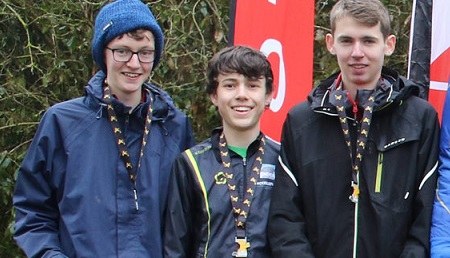 In the Mini Relay Robbie, James and Freya won by a very impressive 6 minutes, whilst Ella, Oscar and Charlotte grabbed 3rd spot just 2 seconds ahead of 4th despite Charlotte falling in the mud on the run in but a quick return to 2 feet kept her in front. In the Junior Relay Sam C, Conrad and Euan had an equally impressive win by over 6 minutes. It was also really great to see our M18s finish 2nd in Men's Short relay - Ryan, Seb and Dom ran incredibly well against experienced adults. It was close in the Senior Women's relay with Amanda, Jenny J and Jenny P holding off SN by 30 seconds. In the Senior Men's relay Nick B, Andy P and Oli ran impressively to win over long term rivals FVO.

A special mention must go to our members competing at their first JK. There were some very impressive performances in tough conditions. Let's hope the weather gods smile kindly on us at the remainder of this year's major competitions. The next big race is the Northern Champs on 22nd April - entries close on 8th. 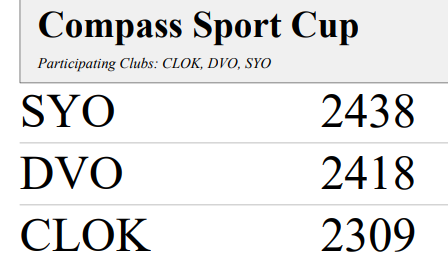 Sunday 11th March was Compass Sport Cup competition time with qualifying heats held up and down the country. This year it was SYO's turn to host the heat for this part of the country. Surprisngly only 2 other clubs, in the cup competition for large clubs, chose to attend our heat but there were 6 clubs competing in the trophy competition for smaller clubs.

Organiser Paul Bradbury found a fabulous new hardstanding car park and assembly area close to the start and finish. He also managed to organise the first warm and sunny day in months which encouraged people to hang around and sample the delights of the SYO Junior refreshment stand.

Canklow is a small but interesting area comprising of a sloped deciduous woodland and a narrow strip of complex quarry workings. Colin Lynch planned interesting courses that criss crossed the area resulting in some fast and furious racing.

SYO fielded a large team with 87 competing in the competition courses. It was fabulous to see so many club members doing their bit including lots of newer members taking part in their first CSC competition. SYO won by 20 points over DVO sealing a place in the final on Cannock Chase on 21st October. DVO also qualify as we finished in the top 3 at the final last year so a good result for both clubs!

In the Trophy competition EPOC were the victors in a tight competition between the smaller clubs, also securing a place in the final.

Thank you to everyone who helped particularly Paul, Colin, Pete and Brian for fulfilling the major official roles. Thank you also to Jacky & Dom for co-ordinating the cake stall and raising £270 for the SYO juniors.

Meanwhile, across the Channel, 8 members of SYO were doing their bit for England competing in the Interland competition in the Netherlands. 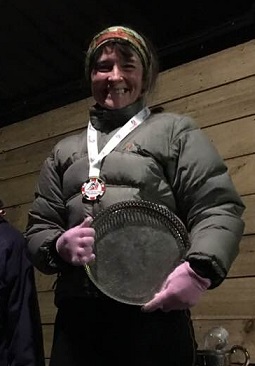 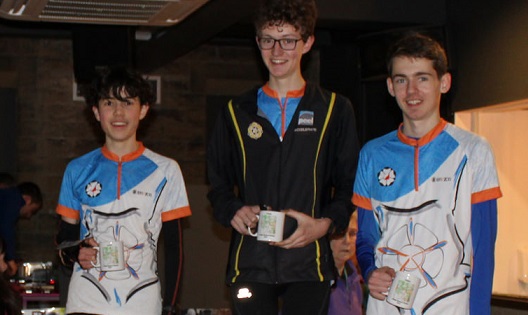 The Yorkshire Middle Distance Champs were held by EPOC on Sunday 28th January at Storthes Hall. The event also served as a memorial for Alastair Tinto who sadly passed away last August. Alastair made a huge contribution to orienteering throughout the region so this was a fitting way to remember him. EPOC had arranged a wonderful indoor assembly area incorporting a bar and restaurant. Alastair's wife presented the prizes and there were a wonderful selection of photos of Alastair on display. 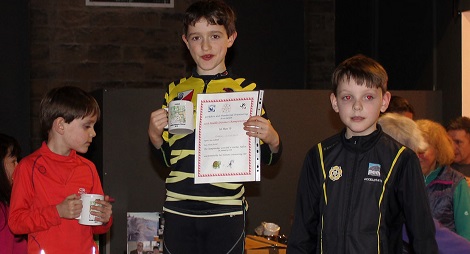 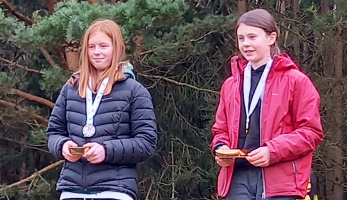