Results updated (restoring n/cs and moves from colour to age class) and hopefully now final. (17/10)  A list of YHOA champions is available via the Comments link above. (15/10)

Results, Splits (Winsplits), Routegadget, Ranking points up.  Other downloads a pdf of results by course so you can scan for club-mates without having to navigate several web pages.

I hope you enjoyed Wombwell Woods and the extension into Worsbrough Country Park. The terrain was tough and demanding added to by wet weather. I came into the process later on as a replacement organiser. We had difficultly securing car parking and the planner and controller spent many hours adapting the courses to where we eventually could park and have an assembly. Many thanks to them. This meant further than ideal access to the starts and finish. Had the event been on Saturday you would have been rewarded by a sunny riparian idyll on our grassy field stretching into the post industrial Worsborough Canal arm; reminiscent of Constable’s Flatford Mill. Thank you all for taking part and coping so well with the challenging conditions.

Some competitors seemed to feel that some aspects of the courses were less than ideal so I’d like to summarise (despite the length, it is an abridged version) the events which led to that.

We didn’t get permission to map the new area until late spring. I did my first exploration & desktop planning of the area based on Google Earth & as time was short, taped several control sites at that stage. The first set of courses were to use the disused now private road along the west side for parking with a Start at the top of the open with copses hill & a Finish close to Assembly. This was the optimum location for using the best parts of Worsbrough & getting as many courses as possible into Wombwell. However once we obtained a map of the Estate area, we realised the road was outside it & the farmer who owned was reputed to be a difficult character so I then planned a set of courses from near the Warwick Ward lane which we have previously used. By then, most of the area was provisionally mapped. The courses were not that dissimilar but involved one start & two finishes, one of which was in Wombwell negating the need for a second timed out crossing. Warwick Ward prevaricated but never did say no. However one month before the event it became apparent that not only could we not get permission to park but also that we could not get permission for Assembly/Download which would then have had to be nearly a mile away.

The northeast end of Wombwell car park which we have previously used is too small for a large event with no nearby overflow options & all the controls sites which were numbered & taped were predicated on lower courses being in Worsbrough. I did a quick tour round & saw the anglers parked on the grass at the northern end & quickly obtained permission to use it for parking. (Bill, the replacement Organiser was away on holiday) I then hastily planned a set of courses from there, the least optimum location using the existing technical control sites in which two Starts & one Finish were required.

Then after the map proofs were printed, I discovered that the last control on a path next to a pond was now in the middle of a lake due to heavy rain. I cut the taped path through the fight with my hedge trimmer & revised the courses again 8 days before the event  just before printing.

The significant consequences were:

These are first world problems as my daughter says & I enjoy a challenge & didn’t mind the work but am disappointed that the courses were less enjoyable than they could have been.

Mike was a delight to work with & Bill always cheerful & optimistic despite the obstacles.

As ever, I was delighted with the volunteers who collected in the controls as putting them out is now a more than sufficient challenge for a M70 who has never been that fit  (6 hours Sat & 2 ½ hours Sunday) without getting them back in after a long day.

When I agreed to control this event, everything looked straight forward. I was impressed by Colin's careful planning and the use of Worsborough, which provided a bit of a contrast to Wombwell.

Then when problems arose (Change of organiser, Loss of assembly/parking area), things began to look difficult.

However, the effort and work that Colin put in to resolve all the issues was impressive. The result was another set of courses that used two starts and one finish.Getting access to the assembly/car parking field near to the finish and the near start was ideal.

Then the rain created a problem that Colin solved by strimming a route to avoid the flooded area.

On the day, a lot of work was done by both Colin and Bill to get everything ready. I was impressed by the work done by the small group of helpers. This small number puzzled me, because SYO is not a small club and there were a lot of SYO competitors at the event.

Apart from the horrendous muddy quadbike tracks, most people I spoke to liked their course, but the rain did make it hard.

There was an issue with control 108, but most people I spoke to said they weren't too bothered, It was a bit higher in that very broad re-entrant than marked on the map. I suspect part of the problem was caused by odd bits of clearing that had gone on in that area over the last few months, which meant the undergrowth areas were no longer mapped precisely.

Join us for national orienteering race on Wombwell and newly mapped Worsborough. Experienced orienteers will enjoy the varied terrain with its mix of contour and vegetation detail and there is a good path network to cater for the less experienced. Newcomers are welcome. This event incorporates the Yorkshire and Humberside Champs and is part of the YHOA Superleague. 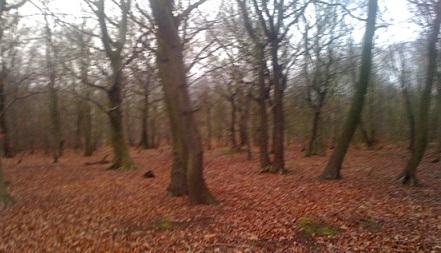 Assemby will be based in a grassy gently sloping field, adjacent to parking. Toilets will be provided.

Entry on the day while maps last - enter in advance to guarantee your map.

Please note - red course (beginner adults 5.3km) and the very short green (from the near start) are only available to enter on the day.

We welcome helpers from any club. Please enter on Fabian4 using Womb19 to receive a 50% discount.

Wombwell Woods is a runnable deciduous woodland with interesting contour and vegetation detail. The addition of Worsborough, mapped by Dave Peel, nearly doubles the size of the area. The new extension is a mixture of gently hilly forest, attractive open with scattered trees & disused railway cuttings on land restored from several coal mines & tips plus a small part of Worsborough Country Park. 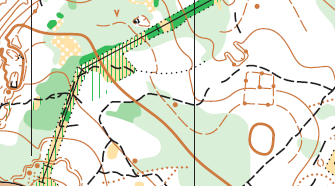 If you wish to take part in the YHOA Superleague and YHOA Champs, please enter the courses specified for your age group. Those not wanting to take part, can choose any course. 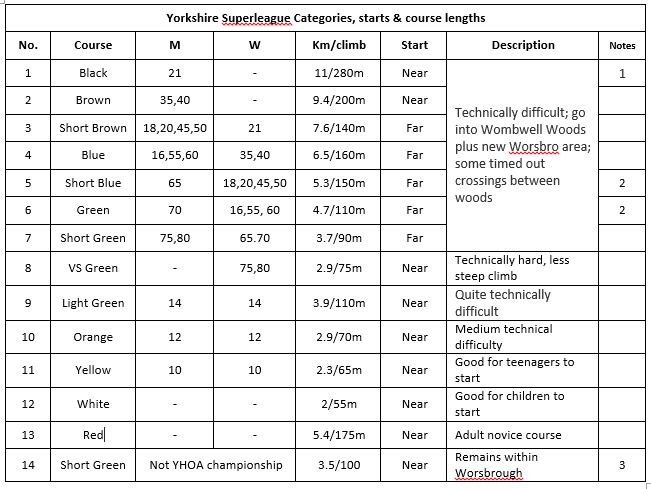 There will be prizes for the first three YHOA runners in the junior classes M/W10-16 and the YHOA winner in all other age classes. We hope to hold the prize giving as close as possible to 1.45pm.

Runnable woodland with good path network.  This is a great orienteering area at any time of year, as the area of difficult vegetation is minimal.  New route for HS2 may mean it should stay intact!