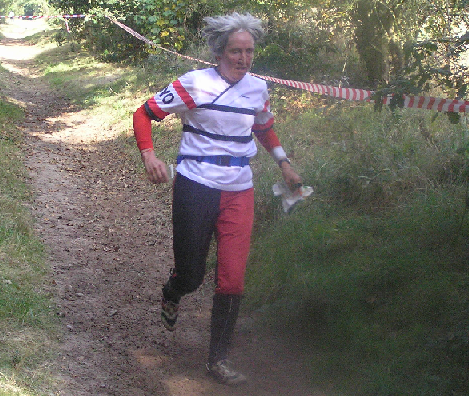 Pat grew up in Great Crosby, at the northern end of the Liverpool conurbation. Good timing of her teenage years meant that she could go with her friends into Liverpool, to The Cavern, to see the Beatles – before they were famous. Sports-wise, she would cycle to the local tennis club in the summer, but in winter played goalkeeper in her school hockey team. However, her lifelong passion for football was instilled by her Dad regularly taking her to football matches at the local non-league club Marine - Anfield and Goodison Park were not suitable places for a young girl in those days! At school she was never a teacher’s pet, but got her own back on detractors by getting good A-level grades that earned her a place at the University of Sheffield, where she studied French and Philosophy as well as following an active life with her digs-group, including walks in the Peak District. I got to know Pat’s group over evening meals at the University and over time, Pat and I became drawn together through our common liking of the outdoors.

Around this time, we did see a notice about an inaugural event for the Sheffield University Orienteering Club. We expressed interest, but for some reason didn’t make it to the event.  Would we have been in at the start of Orienteering in the Sheffield area or put off for life? We will never know.

In the year after graduating, Pat and I got married, travelling, camping and walking. In his first summer, we took Neil on a camping and walking expedition near Hartington, Derbyshire. When Daniel and then Robin came along we continued our camping and walking holidays, memorably with some long walks, sometimes linking Youth Hostels – notably Kettlewell to Malham – but Pat didn’t like being put in a separate ladies dormitory, before the days of family rooms. There were also complaints about different walking speeds as the 10 and 8 year old would be over the horizon while Pat stayed back with 6 year old Robin who had no chance of keeping up.

At this time, Orienteering was suggested to us. The age-appropriate courses for all would mean that we could each do our own thing.  We became a committed family, travelling to nether regions most weekends. Holiday events would take us to distant parts, often becoming extended camping and walking trips. Notably after the Scottish Championships in 1984 we climbed our first Munro as a family, with Pat storming ahead to the summit of Ben Lomond. Despite her wariness of heights, she climbed 195 Munros over the next 32 years, finishing on Ben Nevis in 2016.  She was proud to reach landmarks, notably when she had climbed half of the Munros. Our expeditions involved mountain bike rides to hill access points, perilous crossing of rivers on rope bridges and overnight wild camping.  Trips to Scotland were not just for hill walking, but also sightseeing, coastal walks and bird-watching, on her initiative. 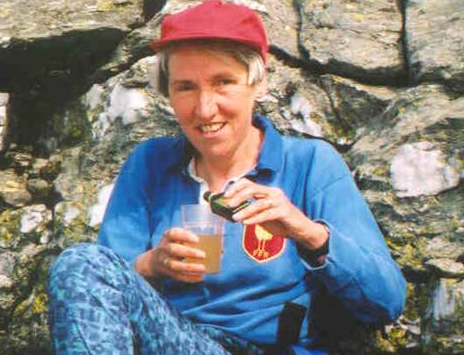 Pat took up jogging for fitness in the early years of our marriage, in a period when I wasn’t running myself. I restarted running, and at times all five of us would train in appropriate groups with Rotherham Harriers. Pat’s running followed a roller-coaster journey, getting faster and longer, then getting injured, and for many years just able to run off-road – ideal for an orienteer. She once ran a half-marathon, and starting in 2016 took part in parkruns, using a mix of walking and jogging, proudly gaining her 100 milestone T-shirt.

Pat’s success in Orienteering was limited – she was never an elite orienteer, and hardly troubled presenters of prizes, despite persisting with the sport for over 30 years.  Her approach to sport was characteristic of her persistence.  Swimming did not come naturally to her, but she worked hard at it taking lessons for years, eventually getting the Bronze Medallion lifesaving award. It was Pat who suggested we should try skiing. Again, she was not a natural, but worked hard at it, and just seemed to be cracking the skill when she had a serious fall.  After each orienteering event she would analyse what she had done, writing notes and filling out an analysis form in far more detail than me. She was always keen to attend training courses, for example those organised by Carol McNeil in the Lake District. Her studies surely helped her to get round courses, but somehow rarely as a winner.

Nevertheless, she was competitive and was proud to show me a washing line (remember them?) showing her winning JK Day 1 at Clumber in her last year as a W40. From her records, for the 10 years when she included an annual summary, I see that she recorded a win in W45L at Miterdale a couple of years later.  Her other wins were in 4 night events. She played her part in our family team in the 1986 Mammoth Relays, in the Lake District. An 8-leg relay with 2 to 8 in the team, running simultaneously. In our team of 5, Robin (then an M10) and Pat were tasked to do one course each while Neil, Daniel and I had a second map to pick up after our first course. Everyone played their part in the family’s success.  She planned a number of events, mainly for schools, where we cut our teeth as a family. She generally left the administrative side to me.

Pat’s commitment to orienteering launched Neil, Daniel and Robin on their various orienteering paths. After our lads left home, we continued to combine orienteering with travel, doing events and permanent courses when we visited Neil and Daniel in Norway, World Masters championships in Australia and New Zealand when we were able to meet up with Robin.  Pat’s last overseas orienteering event was at the Swedish O-Ringen in Selva, but by then her dementia had developed to the stage that she needed to be shadowed on a non-competitive course. Back at home, it was not usually possible for us both to do a course at the same event, but she liked to go round a yellow or orange course at schools events, with me in tow.  When it got to the stage where I realised the map meant little to her, we would have a walk in the vicinity of an event instead. She was quite content to sit in our camper looking after her ‘Little Ted’ while I did a short course.

Pat’s last major hill was in June, this year, Long Mynd in Shropshire, along a gentle wide track, with me bringing a folding chair so that she could rest at the top. But it was something that seemed to give her satisfaction.  By September, her mobility had diminished and it was no longer safe to move her around on my own so she took up residence in our local care home. The staff seemed to enjoy looking after her. I was able to take her out for wheelchair walks (thank you, Kim), to the park and even back home to our summer house. During November, her condition deteriorated and she hardly responded to me when I visited. On Friday, the 26th November, I was alerted that her condition had deteriorated and she slipped away peacefully and without pain in the evening. 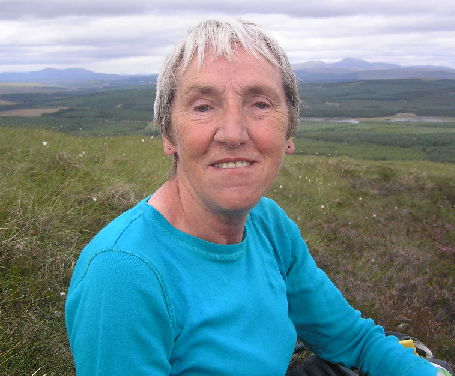 The 2021 annual club champs were held in the notoriously tricky Ecclesall Woods on Saturday 11th December. Members could choose either the medium or long course. All competitors set off in a mass start on one of 3 gaffled courses, with long competitors required to complete an additional loop. Less experienced members then set off on either an orange or yellow course.

Oli took the victory on the long course, while Lucy was 1st women. On the medium Robbie and Oscar were joint 1st (and 1st juniors) and Jenny J was 1st female. The orange course was won by Oskar and Abigail was 1st female; while Sophie won the yellow with Jack W 1st male. However, once Peter G's fiendish handicapping system had been applied and the results from the long and medium courses amalgamated the club champs prizes went to Dylan (first male junior), Rebecca (1st female junior), Rosie (1st senior woman), Tony (1st senior man), Rob B (1st vet man) and Marcia (1st vet woman).

Post-race members adjourned to North Lees Golf Club for a delicious Christmas Curry. Lunch was followed by the very brief AGM before it was time for the annual awards ceremony, which honoured our members' best achievements: 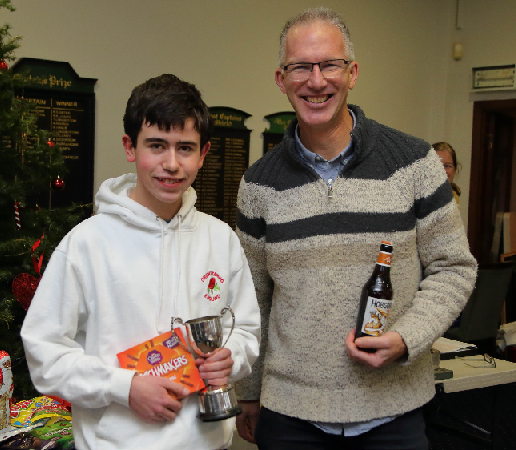 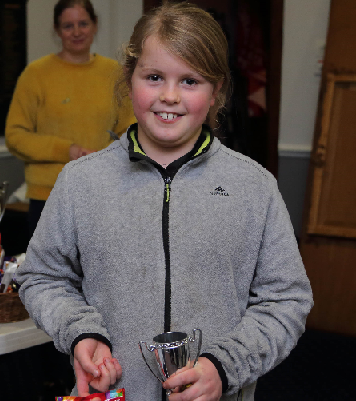 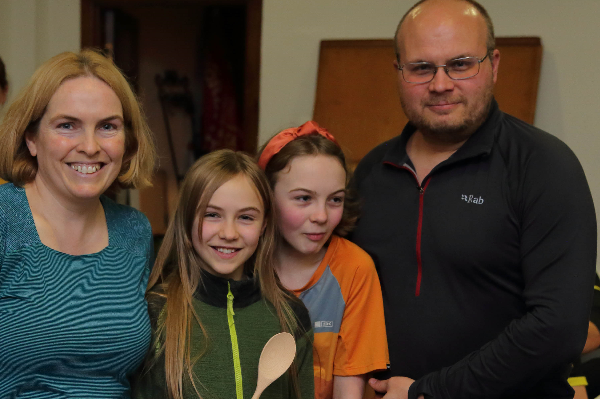 The final part of the day concentrated on thanking the club's volunteers for the hundreds of hours they dedicate to orienteering. All the major officials and coaches received a small prize and Steve and Dom were presented with a framed copy of their new maps. The club's coaches were thanked for the huge committment they put into club night. The Junior volunteer of the year award went to Dom, while Karl and Paul B won 'Senior Volunteer of the year' for planning & organising the Compass Sport Cup Final at short notice. 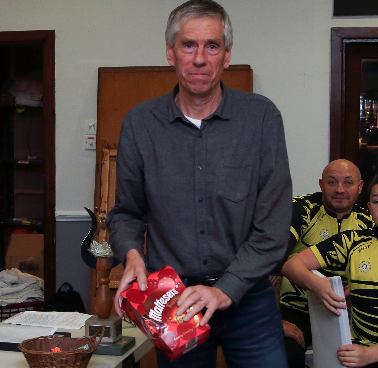 Jacky was awarded the trophy for the 'outstanding contribution to orienteering’ for the huge amount of time and effort she puts into the club as membership secretary, junior club captain, coach, chef and general person you turn to in an emergency!  Finally thanks were given to Dan and Emily for the fabulous job done planning and organising this year’s club champs. 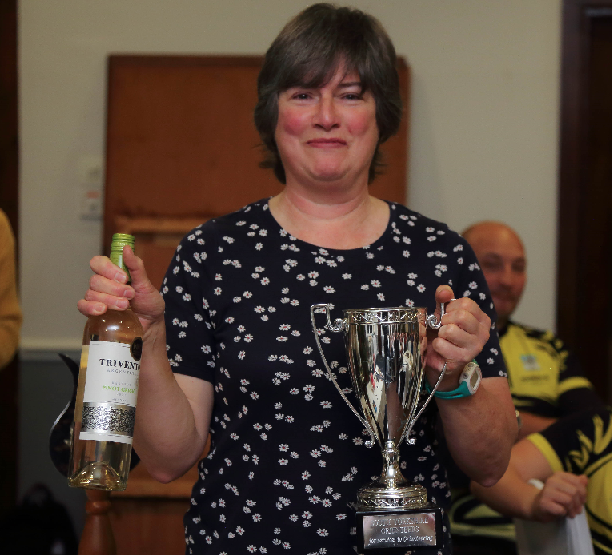 A record nine SYO members received a call-up for their country and took part in the Veteran Home Internationals over 4th / 5th Dec. The individual competition was held on the Saturday at Winterfold. Representing England, Nick Barrable, Martin Ward, Tim Tett, Lucy Wiegand and Laura Goy all finished 1st in their classes while Charlie and Amanda were both 2nd. Jenny Peel finished 2nd in her class scoring vital points for Scotland and Bronwen Doyle finished 5th competing for Wales in her first VHI.

In the relay Jenny Peel helped Scotland 1 to victory in the MWM class while Lucy Wiegand was part of 2nd placed England 2 and the all SYO trio of Tim Tett, Amanda Crawshaw and Nick Barrable finished 3rd for England 1. In the WMW class Laura Goy helped England 1 to finish in 2nd.